The world is not the same everywhere. There are Several strange and dangerous places on earth. The interesting thing is that these are not deserted places and people live here. Their life is very difficult on these places.

On the borders between the United States and Canada, there is a house that is located on a small area consisting on a single room.  Indeed, the home built on a very small island between the St. Lawrence River. Here access is only possible by boat. Despite being surrounded by water on all sides, this house is inhabited.

The world’s coldest city is Verkhoyansk. This is the city of Russia and 3000 miles away from Moscow is located between the deepest jungles Taiga. In the months of December and January, the sun is out almost negligible. Living here in the harshest weather is a difficult task but it is still populated city.

This is considered the world’s largest island. With the population of 57 thousand people this island is a very coldest place. Living on this island is extreme difficult because there are numerous polar bears which can never harm humans.

In Afghanistan the Sistan Basin is one of the warmest weather. There was a time when this area was fully covered with lush forest. Unfortunately, this area is prone to drought since 1990. Due to the ongoing war years this place has become the driest place of the world.

The area located on the hiets of 16 thousand 400 feet above tis the residence of different types of wild wolves, birds and gypsies. You need a great courage with extremely strong nerves to live on such a high and dangerous place.

Maldives are considered to be a highly attractive location due to the islands like paradise. Located at a height of 6 feet above sea level. This is completely at the mercy of the sea. Experts feared that the rapid rise in sea level may drown this place soon.

This house without electricity located in Portugal was built in 1974, but over the time it has become  very popular place among tourists. It is considered very strong because of bulletproof windows and steel doors of the house. 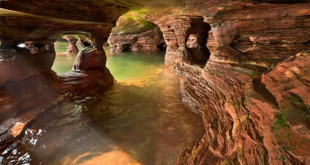